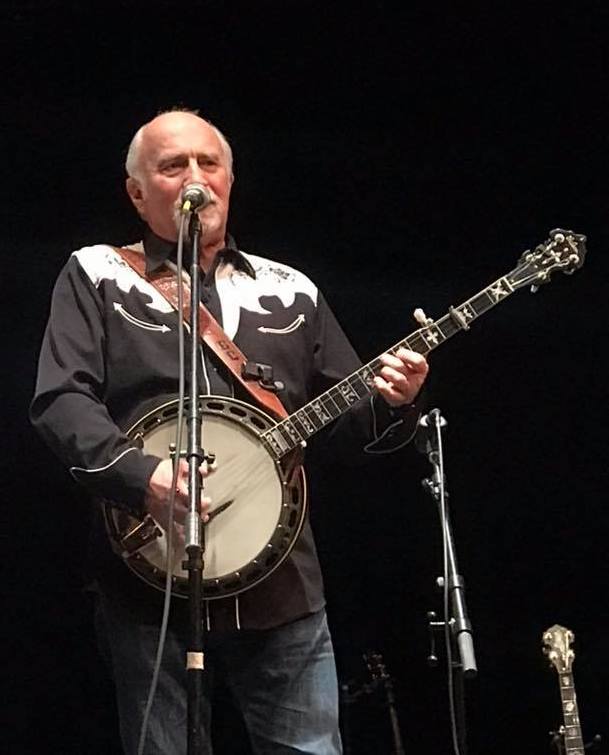 Chicago born and bred, Greg has been playing bluegrass banjo since the early 1970s.

He co-founded The Special Consensus in Chicago in 1975 and has continued to tour nationally and internationally with the band ever since.

In 1984, he created the Traditional American Music (TAM) Program to introduce students of all ages to bluegrass music.

He has appeared on all 19 of The Special Consensus recordings, on numerous recordings by other artists and on many national television and radio commercial jingles.

He has also recorded and toured European countries with the ChowDogs (Greg and Slavek Hanzlik, Dallas Wayne and Ollie O’Shea).

He is a banjo instructor at the Old Town School of Folk Music in Chicago and has been an adjunct faculty member of the music department (teaching banjo) at Columbia College in Chicago.

He served on the Nashville-based International Bluegrass Music Association (IBMA) Board of Directors from 1998-2010 (Board Chair/President 2006-2010), became a Kentucky Colonel in 2010 and was awarded the prestigious IBMA Distinguished Achievement Award in 2011.

Greg was also appointed to the Board of Directors of the Nashville-based Foundation for Bluegrass Music in 2007, elected President of the organization in 2011 and rotated off that board in 2012.